I got back home mid-afternoon I found that my dog had died. He may of been a pain in the ass but it was sad seeing the shape he was in due to his very old age. Born sometime in November 1994 this Mini-Long Hair Dachshund loved to play fetch. He didn’t care about what you threw, he just wanted to chase after and bring it back and bark at you to make you throw the object again. The amazing part was how fast he could run and did these funny little hops. even in his old age he would love to play fetch and would sometimes bring strange, yet harmless objects he would find on the ground and try to get you to throw it. As he got really old I noticed his hearing was going along with his sight, also like most dachshunds he had back problems and had some trouble with his hind legs.

I was also noticing he seemed to be having some pain so he was taken to the vet and given some medication to help on it and it seemed to be working even though he was still having trouble with his hind legs. Last thing I did with him was put him outside and pet him a little before I took off and when I get back thats when I found him. nearly 17 and a half years this dog lasted, Most dogs don’t reach that age, let alone a dachshund. I called him shrimp because he was so small yet also so long like the crustacean. 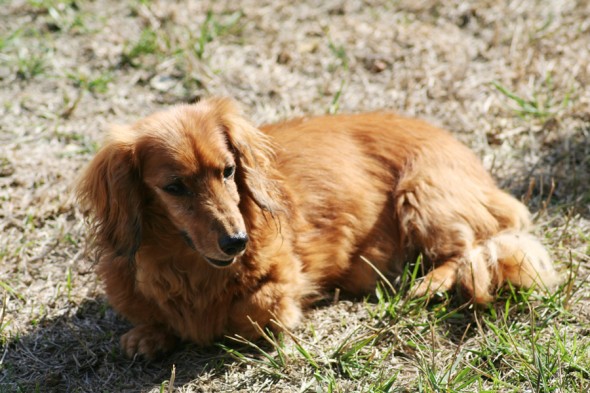