So I was online and I came across this image that I found a little strange. Claiming liberals look at a woman talking about having mad sex and spending her money on birth control she’s not a slut, but they go around calling Palin just that knowing her life with her husband and everything? First of all I don’t have much memory of people calling Palin a slut but I do remember a lot of people making all kind of photoshoppings and drawings making fun of her. Thats pretty much it. As for Fluke I don’t remember her saying anything about herself having any kinds of sex at all in her speech. She did mention other women she knew and how birth control can be used to help on certain medical issues.

So in a way, who ever made the original image here, was wrong on both accounts. 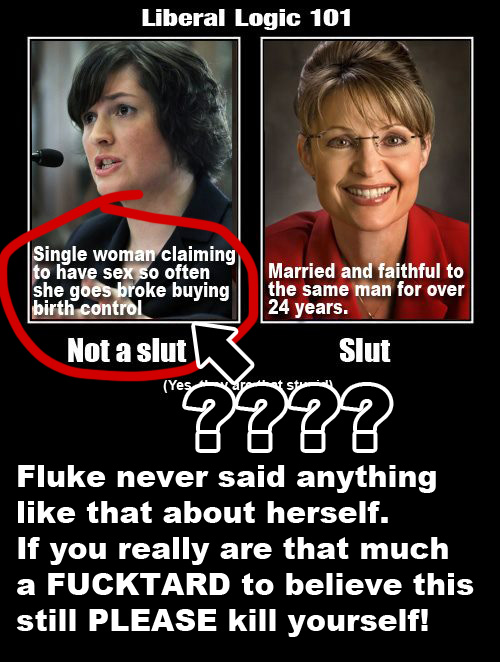