I understand there are plenty of people that don’t like snopes, and I do understand why, since the site debunks many claim made by people they wish to believe. Fact checking is important because so many people see a headline without reading the story, or they just believe anything written up that was made up. One group of people that doesn’t like Snopes are those who have more a conservative mindset, but they also debunk claims made about conservatives. Claims like what Trump said republican voters, and another made about Mitt Romney’s family. Which I did tell him about when I met the guy, then told him that when I checked snopes, they also confirmed the story was a fake.

We live in a world of alternative facts, and they needs to be fought. I have to be honest, I don’t shy away form what I believe and say what I want, but I also do try to be honest. So lets help on one of those sites that mades an effort to get the truth out there. 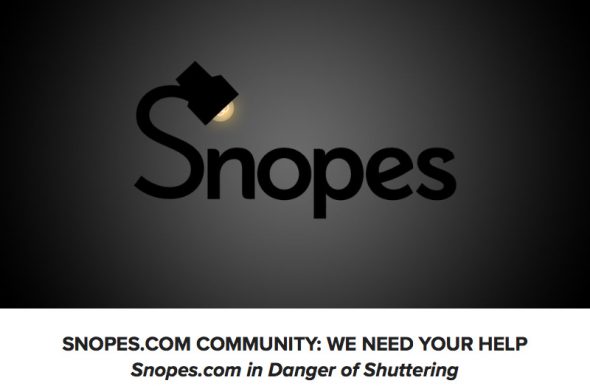