So much news today of the Trump inauguration, and nothing about it feels right. I’ve watched this man out right lie on a number of occasions. Brag about and encourage bad behavior, make white supremacists feel empowered, The list goes on. This is a man that is so many things that followers of his claim to hate. Then the excused for everything make things more amazing. Exhibit A, below image. Why are there so much fewer people?

“Conservatives work:” I live in a state that not only makes a lot of money but works hard to help provide for the rest of the country, it’s a blue state, and many of those others that are being aided by us are red states like those in the south. “It was taken earlier in the day:” looks like around the same time to me. “Obama being sworn in was a historic event:” That’s true. “That’s a photoshop:” not something you want to try on me. “Protesters were blocking the way:” I have no way to tell if that’s true.

And then other behavior of Trump supporters is also disturbing. Like I said, this is a guy who out right lies on a number of occasions so willingly, and the devotion from his followers who believe he can do nothing wrong. I don’t see this kind of problem unless it involves so kind cult. And as someone who is openly critically of scientology after watching the behavior of so many followers, a long with my own research in other cults, I have a idea of what i’m talking about.

This is going to a strange, awkward, humorous, and disturbing 4 years. 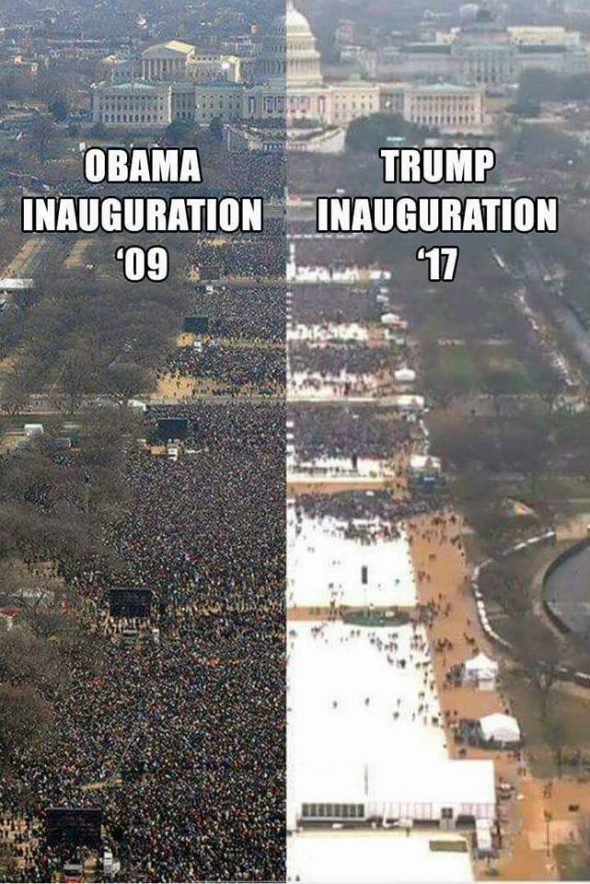