While on my way to the Zombie Walk sunday, I saw this guy at the orange line station with this giant ballon animal on his back. He told me it was suppose to be a T.Rex on a skateboard but the tail came off. I was still impressed because I don’t thing i’ve seen a balloon animal so big. He also asked me what was the best way for him to get Venice, which I let him know to reach the expo line to santa monica, and possibly walk the rest of the way.

As the Zombie Walk was coming to an end I found him on Hollywood. He figured it was a better place for him to be as of the moment anyways. 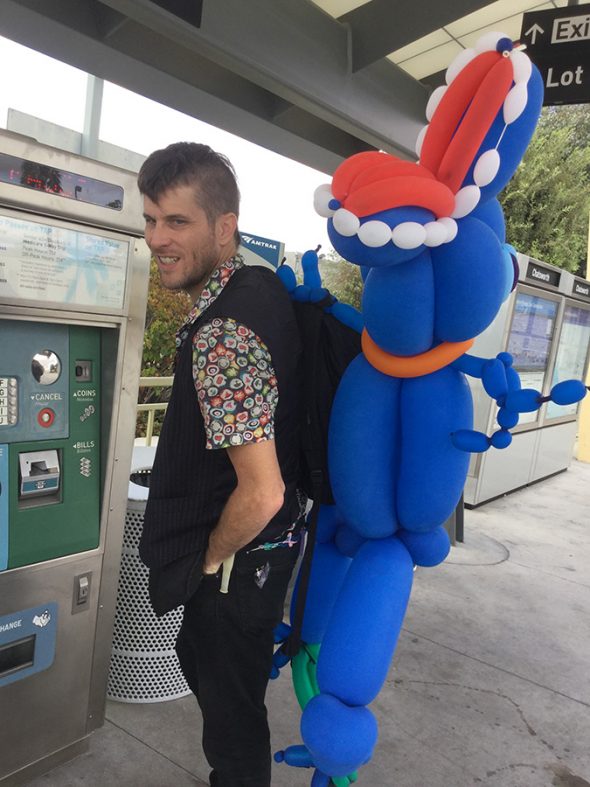