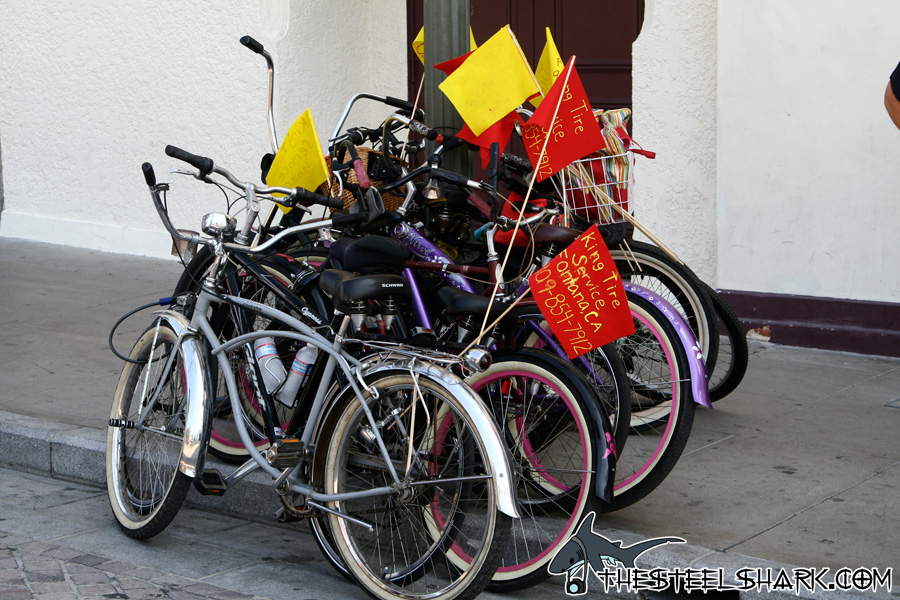 Here they are, my Photos form the day below. Alright here is the story. The day started off at Union Station getting there at around 9:30, before the official start at 10. I met with some people, talked to them some and near the first hub by Olvera Street. The next leg was going down Main St to 7th, and from there to MacArthur Park. Really, I enjoy riding threw Downtown a lot, the road is nice and smooth and I can move quickly. Then from MacArthur Park I rode down to Venice Blvd and a long the way saw some guys skate bombing. Wow did they move fast, now, very cool and I could of done that myself on my blades because I enjoy that rush, but I still wouldn’t recommend most people from doing something like that unless you really know what you are doing. It can be dangerous. Do not to even think about the idea you might be as good as I am or these other dudes.

Now onto Venice Blvd, where they had 6 more hubs set up and businesses selling and giving out products and other neat prizes. For example have you heard of Cuties? Well that also make a smoothly like drink. I downed it right there. Also ran into what I thought were Derby Dolls but were some of the Angel City Derby Girls. ALl good still, and gave me a flier for coming matches and looking for girls willing to join. Soon after I found some people giving out these pink mustaches in connection to something called Lyft. From what I was told it’s a phone app made to help a person thats stranded and needs a ride somewhere, and it helps in making new friends. Talked to some people at a place called The Massage Garage giving out coupons and giving out some short massages to riders during the event.

Later met some guys from a group called I believe called South LA Peace Love and Family Ride, they gave me a site address but that sounded kind of long, so I googled it and came up to this page which I believe is it. I saw them blasting some Eminem on some really good speakers and being me I said “play some Metallica!” asked if I had any and said hook up it. One of them asked if I have The Black Album or Master of Puppets. I do but play off of Ride the Lightning because it’s my favorite from them. Found a group known as Good Los Angeles and call themselves A Community of People who give a Damn. I really like that slogan. And last an origination called Los Angeles Walks, because, well, some people do walk around sometimes like I do. But I was on my Rollerblades for this day but that.

And last I made it to Venice Beach, was a nice long ride but didn’t like the fact some places along the road were very bumpy. Then it was time to make my way back to downtown but looking at the time I realized there was no way I could get back by the time cars starting flooding the streets again so I went to the Culver City Expo Line station along the route and headed back from there. I rode just over 22 miles. My poor feet, and I realized on my way home I actually got a sunburn just above my left elbow. The rest of me was fine but interesting to learn I can in fact burn in some parts of my body still.

And I’m glad I wore shorts this time. 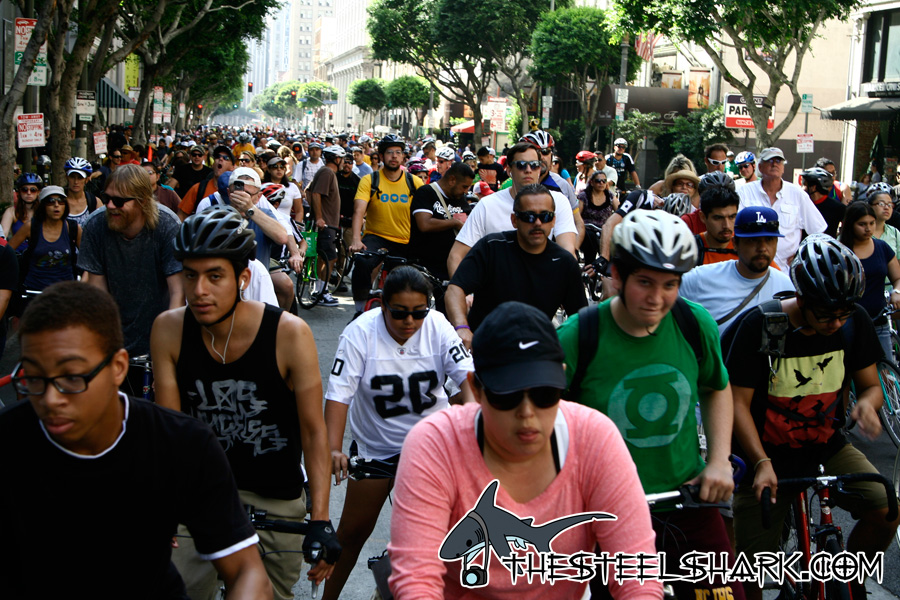 So, that was a lot of fun, went down on my blades, took a bunch of photos, talked to people, and got free stuff. For example I got a button and a bag for We Want Streetcar which is a campaign could be the return of street cars here, or at least in Downtown. The guys I saw during the stair claim at the bank tower with the Amazon Coconut Water were there. One of them saw me and remembered my name along with the fact I posted on here that I gave a buddy of mine the bottle that was given to me before, so I didn’t have a chance to try it. So he gave me two of them and I downed one of them right there. I thought it was good. The other one is also now gone. Also got a flyer from a Derby Doll for a coming match, Fight Crew and Varsity Brawlers. I was at a game awhile back, it was a little strange but interesting and I really liked the environment. And I loved the names they have for the teams and the players. Personally I wouldn’t mind seeing another game, but I much prefer if it was cheaper and if it would be cool if they would let me bring my camera in because I would get some good shots.

But yes, I had a very long ride I did hitting up all the hubs. here is what it looked like.

Eighteen point six miles… I did well. Didn’t like that it was a little warmer then I expected but I made due.

But next time, I’m wearing shorts.

Something that caught my attention coming up. In downtown, Sunday some streets will be closed for people to roam around in the streets either by bike, skates, foot, whatever, who cares, just enjoy yourself. From the Facebook page.

Description
CicLAvia is a free and recurring event that allows for the temporary closing of interconnected routes throughout the region, creating a web of public space in which Angelenos can walk, bike, exercise, socialize, celebrate, and explore new cultures and neighborhoods. Similar events occur in many other cities around the US like Portland, New York and San Francisco. The Bogóta ciclovía also has inspired programs in Mexico City, Guadalajara, Quito and Melbourne. 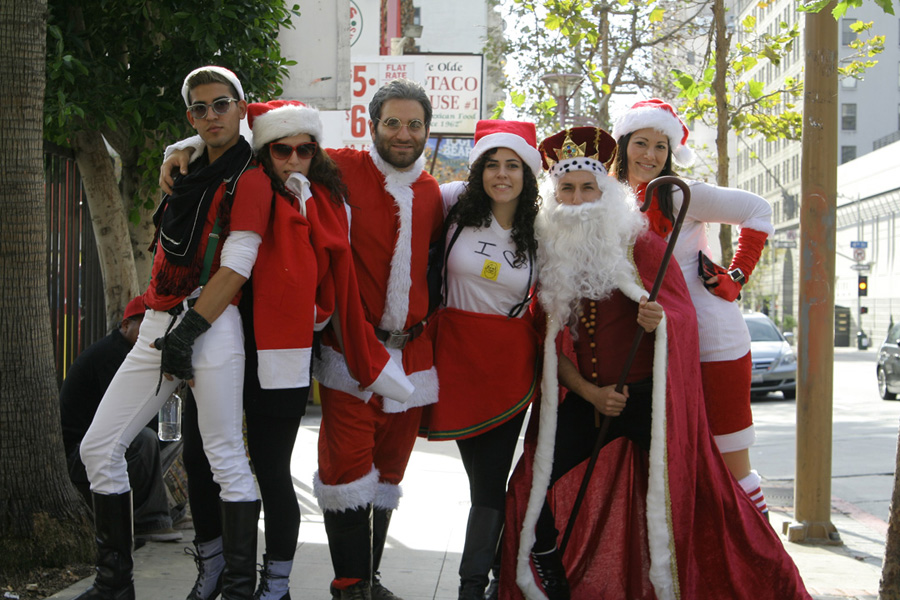 I was roaming around Downtown saturday to get a photo of something I was after, and I noticed something strange on the bus. A lot of people dressed as Santa in one spot. I decided to check this out and ended up hanging with them form when I found them till late in the evening when I had to take off for something else coming up.