Over in Hollywood today Samsung held an event where you would turn in your old SLR camera (and drop it off in this bin) for a newer one from them. Either the NX30 or the NXmini. I found myself looking at the NX30 which looks more like an SLR and uses interchangeable lenses.

They ran out and from there only started giving out the mini. I decided to hold on to mine, but it was sad looking at this. Some people dropped their camera in, others threw it, and one guy I saw slam it in. I can’t do something so harsh to mine because I would feel I’m saying my camera has failed me when it’s helped give me a sense of propose. Someday I will replace it, but for now I will keep using it. Mainly because I need money to get a new body.But I still have my eye on this. 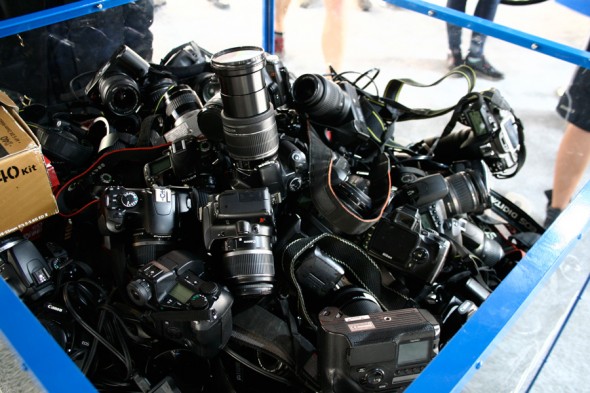