So as news broke about what Kathy Griffin did in a photo, she later on apologized saying she went to far. Many people displayed their displease for it, which is understandable, I thought it was kind of lame, but you also have to remember some of what happened while Obama was in office. I don’t remember much outrage from those who would call themselves conservatives during those 8 years. And then there is Ted Nugent, Which remember, he was also in the White House. 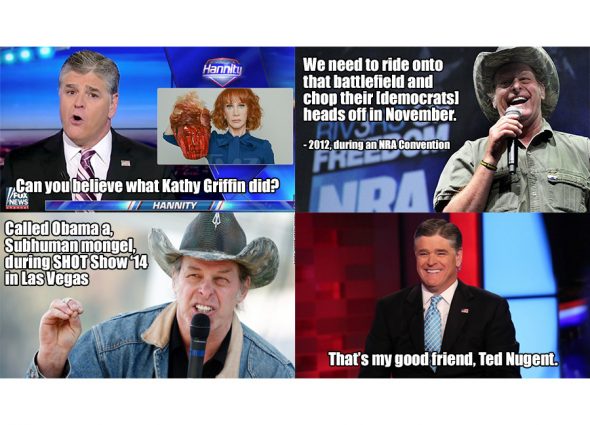