They Do, They Really Do

I still believe Hillary would have been the better person for the job. So far my prediction of a Trump win is happening, there are protests, and there is a lot of harassment going on towards minorities right now that I’m seeing posted on Facebook and twitter.

I have a strange feeling that he’s going to have some policies that will fail, and it will hurt most the south and midwest. Most of which who voted for him. He was to kill the EPA, and he claims human influenced climate change is a hoax from the chinese. Causing extreme weather in those regions and poisoned water from fracking. Pence will likely attack Planned Parenthood, he did in his state and because of that there was an AIDS outbreak in one part of it. This will cause a spike in unplanned pregnancies, and infections. Plus Trump said he first act will be to repeal the ACA. Where a whole lot of people will no longer have healthcare, the bill will pile up if something happens to them they could lose everything. It will fall to ruin. 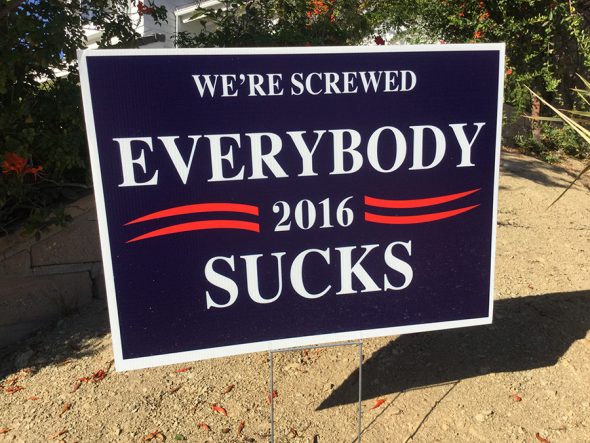