War On the Holidays

For so many years I would always hear about this so called war on christmas, which from what I can find started on Fox News. Because saying happy holidays is so offensive. Well, as Michael Che said, all holidays matter, as part of something Trump said during a recent speech.

Meanwhile a few years ago I remember some talk about replacing Halloween, likely my favorite holiday, with something lame called Jesusween. Now, it’s really been awhile since I really heard any talk about it but is still insanely stupid. Interesting how the people crying about some kind of fake war against one holiday are going to war with a completely different one. 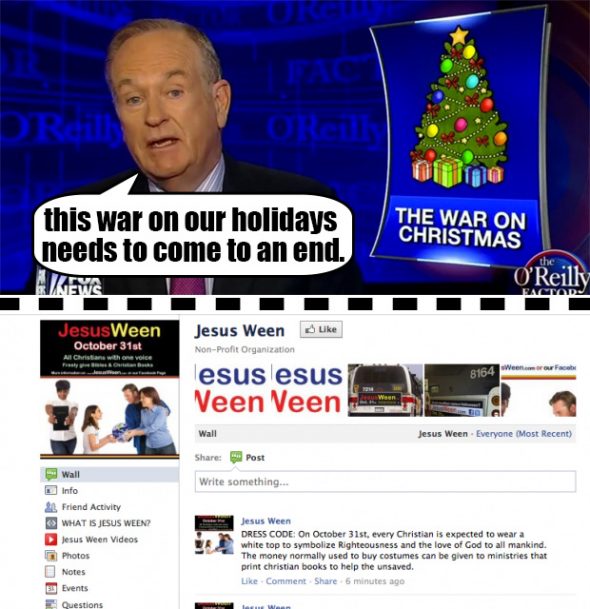