I want to start off by saying I am an American, this is not just my homeland, but I also have ancestry here. I am part Native American. Now, does that make me more American then most other people? No, it just means that is part of my ethnic background. Even though I am an American, I don’t use that to limit what I enjoy. For example, I there are some non-american movies I’ve watched, along with TV shows, music I listen to, video games, and even foods from around the world. Why? because I can, and there are no rules saying what I can or can’t like that doesn’t really hurt anyone at all. Hell, as I’m typing this up I’m listening to Swedish Death Metal.

Far to often I find people trying way to hard, by showing off how many flags they have, dressing up the part, and crying about other cultures invading and wiping them out. When no one is actually doing that. Most people that come to the US assimilate anyways, I know this, I’ve seen it for myself. 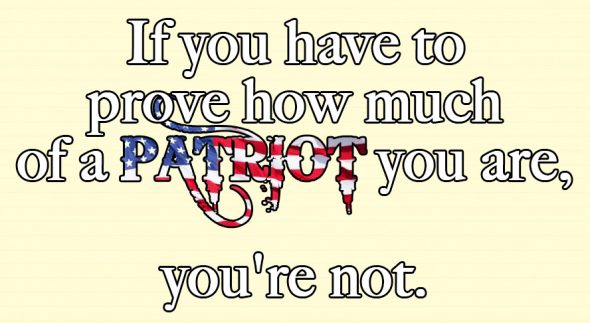