Warning of a Demagogue

It’s really disturbing where we are at right now. I have been watching the behavior of this man for over a year and there are people who view him as some kind of messiah. I’ve known a few people like this before and they have only been about their own self interest. I have already made my prediction on what could happen no matter who wins, I just hope things go right. There are plenty of warning signs many others have expressed, but to me it’s like Trump’s supporters don’t care about any information about anything, unless it’s against who they hate, or favors one they like. No, I don’t like Trump at all, but I’ve had to debunk some claims about him myself, because I at least try to be honest. 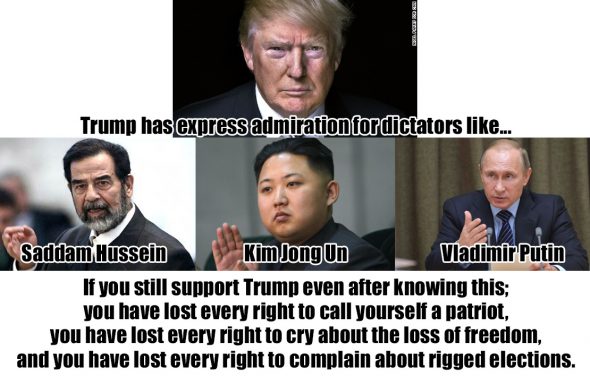