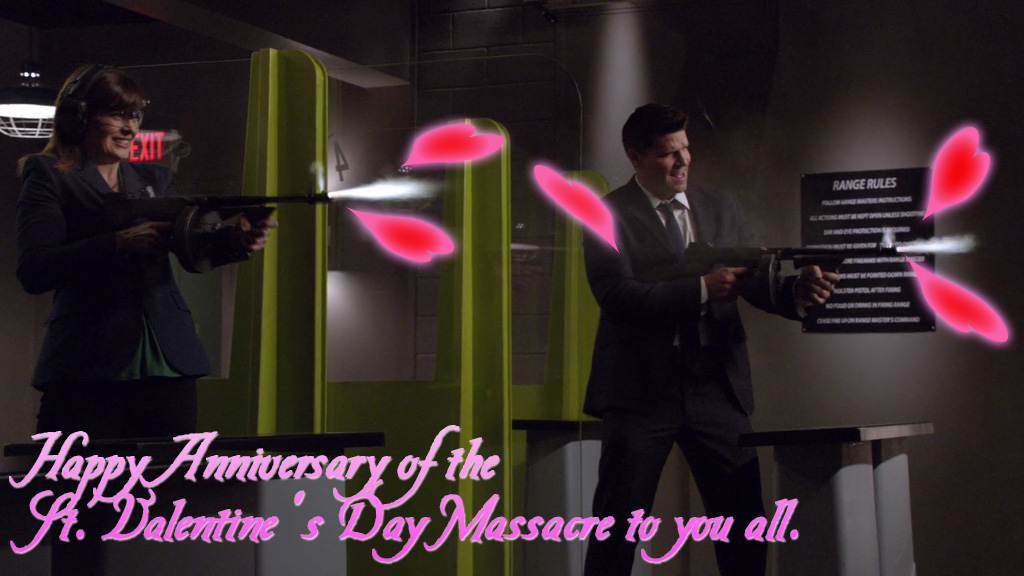 I remake an old card using a screen shot form the show, Bones, from the episode The Bikini in the Soup. Where at the end of it Booth and Brennan are at a firing range with tommy guns. Because to booth the day to him was about the St. Valentine’s Day Massacre. The reason I decided remake it was before I marked which anniversary it was for that year. I can’t have that. Plus I not only got a better screen shot but make it look better too.