In Egyptian mythology there was a creature known as Ammit, it was a mix of three creatures the egyptians feared most; the crocodile, lion, and hippo. what it did was it ate the hearts of the wicked.

So now the challenge on trying to draw it out, so something with the front part of the body belonging to a big cat and back of a hippo is NOT going to be able to run. so how do I solve that problem? full hippo body, still has crocodile head but I want to add a cat like feature that will be fitting. loin mane won’t work because to me it might seem a little confusing. no leopard spots because I didn’t like how it looked, plus I’m to lazy to draw out a bunch of spots all over it. So then I figured would tiger stripes work? and to me it seems to, at least to me it does 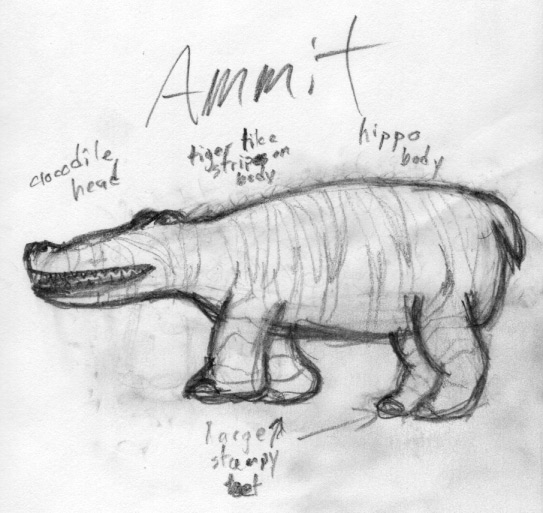