A large and terrifying beast, inspired by Warcraft’s Pit Lord and named after a race of norse giants. meant to be a mix of the greek mythological creatures the minotaur, and centaur but with body portion to belong more to a hippo or an elephant. 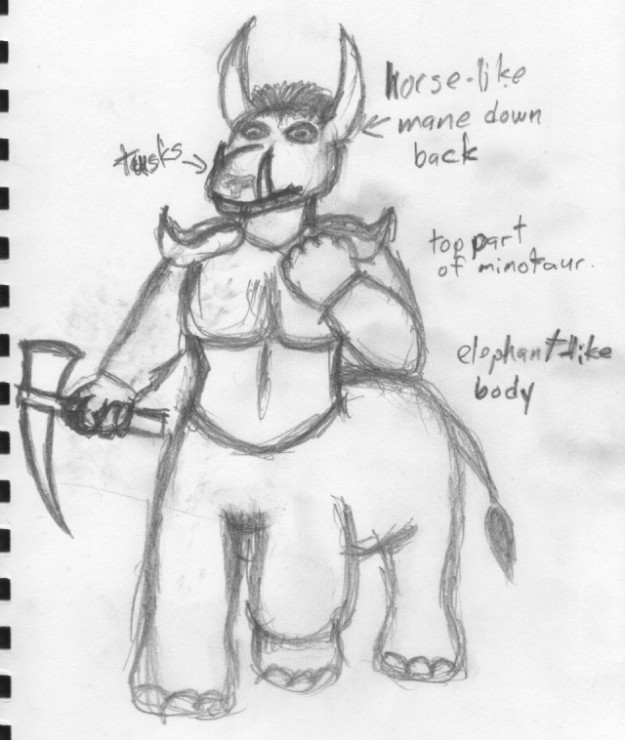