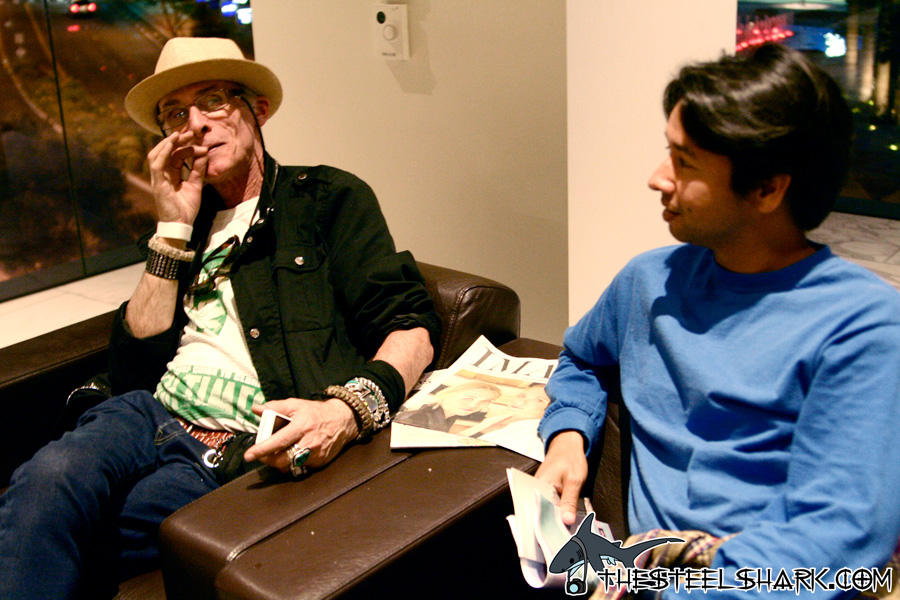 Love Is Love: 5 Year Road To Marriage (Exhibit Grand Opening & One City One Pride Kickoff). Being held by a friend of mine showcasing photos which in his words, “Moving images of people who took to the streets for marriage equality and the moments they experienced. 22 large prints from Love Is Love’s vast documentation of LGBT activism in the greater Los Angeles area.”

I didn’t get that many at all, partly because I got there very late and spend much of the time there eating the food but at least I got something. Also something really fun that happened that night. I was talking to this one guy telling him that when ever I get myself in a parade I put only blades and ride around taking photos, and much of that time I’m skating backwards. So the guy says something to me along the lines of, “Wait, that was you? I remember seeing that during the pride parade late year, and found that to be amazing. How can you do that?” To be honest I have no idea, just skate backwards and hold a camera up.

oh well, here they are. 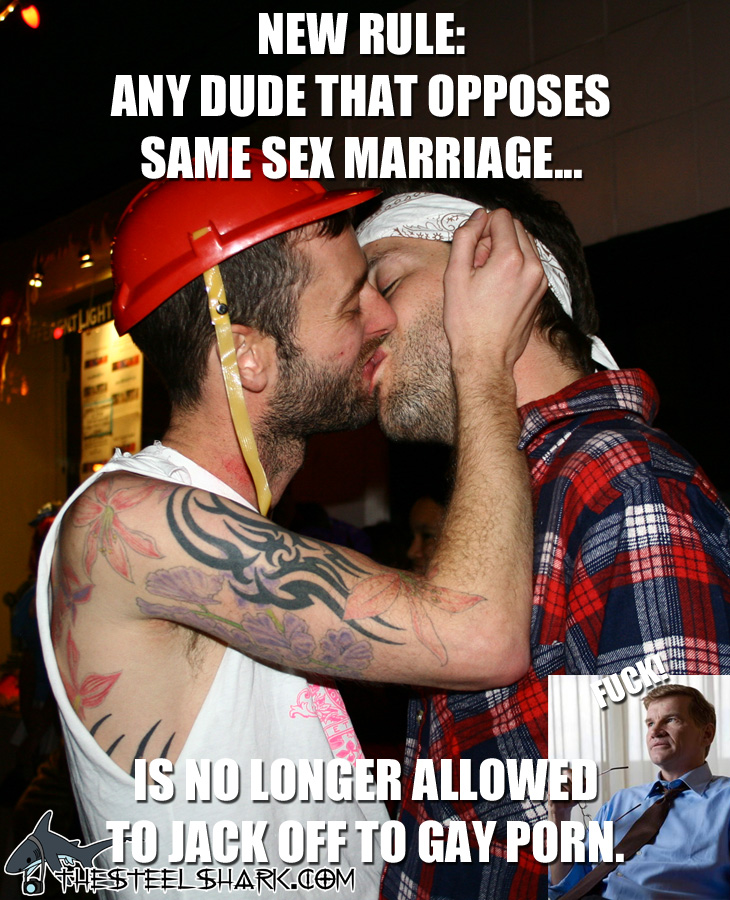 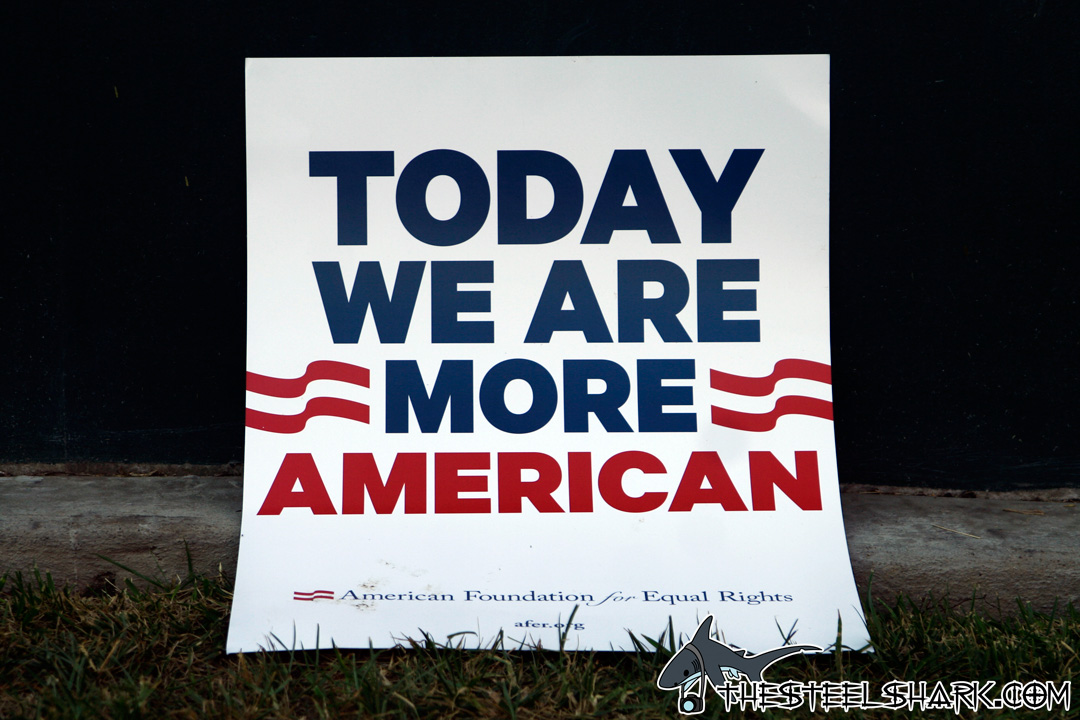 So the US Supreme Court made a ruling yesterday morning on Prop 8 here in california and DOMA and both got taken down. And now the LGBT folks can get married. So in different cities in california, and I’m sure in some other states had victory rallies and so I was at the one in West Hollywood. Honestly I was expecting more of a party, mainly some speeches going on and after that was over with everyone either went home or walked up to some of the restaurants, bars, or clubs near by on Santa Monica blvd and just partied away there. And in other news some people got really butthurt on the fact DOMA was killed.

But you know the crazies will keep fighting, and I say, make fun of them. 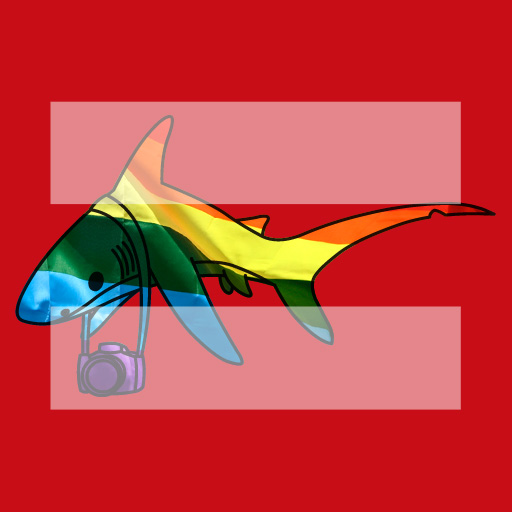 Strange how some people fight so hard against gay rights when they aren’t doing anything wrong. 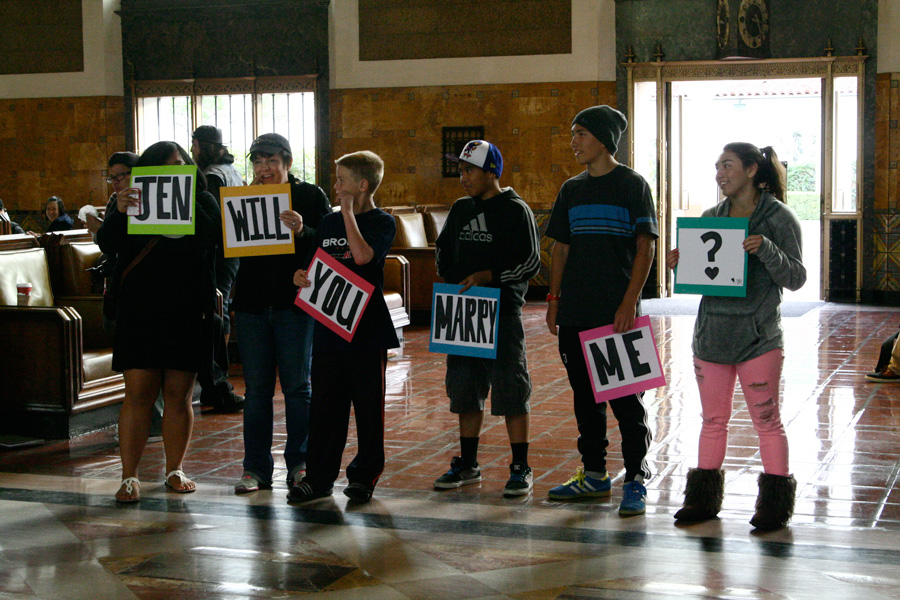 So I was at Union Station and…

I found myself in the middle of a proposal. I pulled my camera out as fast as I could to get this.

In case you haven’t heard about what she said about her beliefs on same-sex marriage. I decided to make a little cartoon on it and clearly as you see I am not a cartoonist. But that doesn’t mean I shouldn’t try anyways. Clearly I should try to figure out how to do that style, and I decided to add Neil Patrick Harris in because he’s funny. 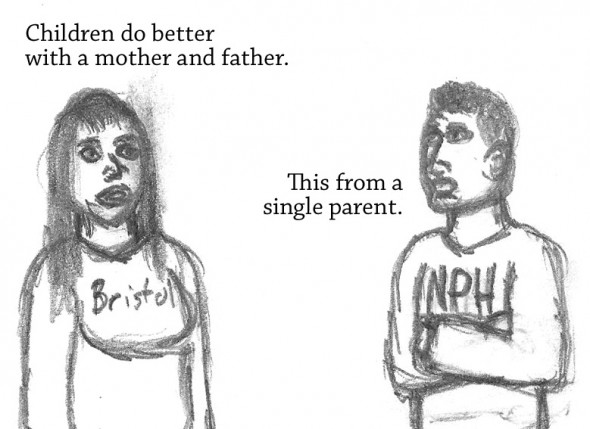 alright we have this little image thats floating around the internet about marriage equality that I felt I should post it on my page site to, because I can. but instead I would remake it so it would cleaner and have less jpg artifacting. 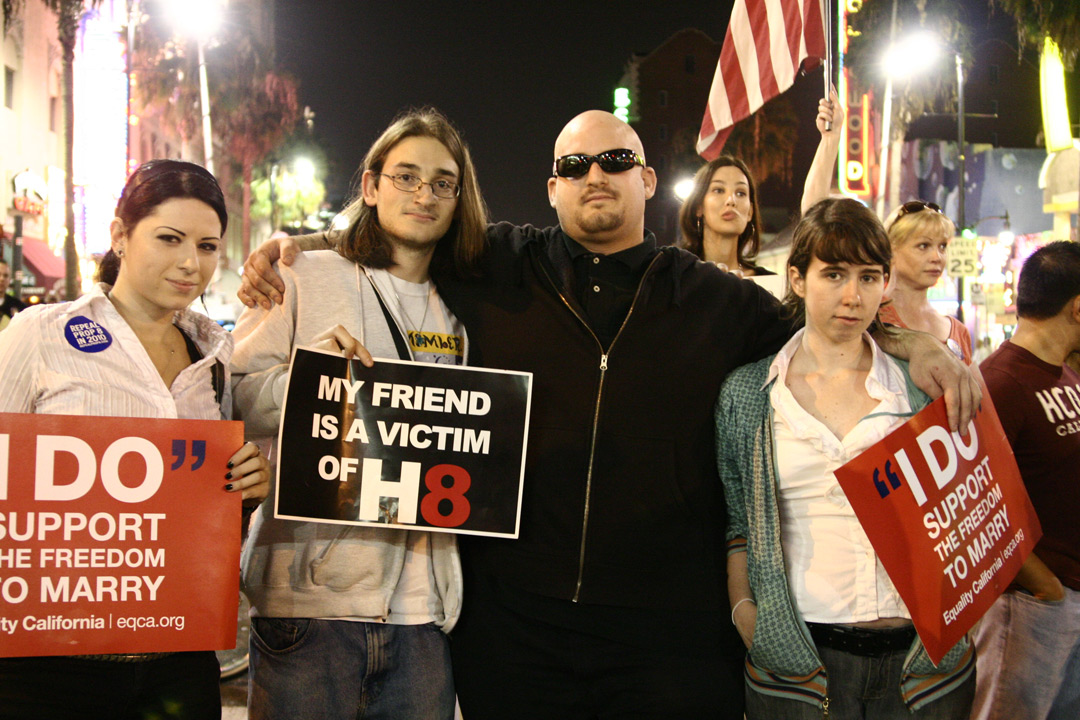 So after many months of wait for the california supreme court to decide if prop 8 in california will still hold. some people thought it would be fun to threaten the judges and they voted for it to pass, pissing off the gays once again. wow, way to set things back huh? so it was head to west hollywood to join in the protest, and thats when the 3.7 mile walk to hollywood and highland started.

So after the election here in california, it seemed just over half the state voted for prop 8 to pass. Making the other half very mad that the rights of so many got taken away.
A friend of mine wanted to join in with the protest but also had work, she said she wanted to call sick and goto it and then I asked if she did if it was cool I came with. She called sick and we headed to West LA where the march was going on.

was an epic march, also I need to scan some more drawings again 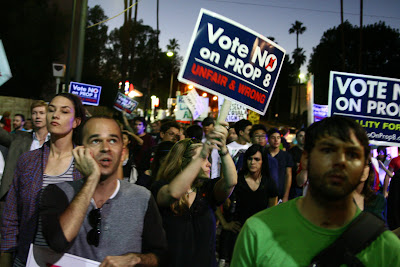 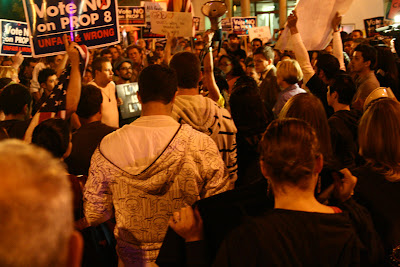 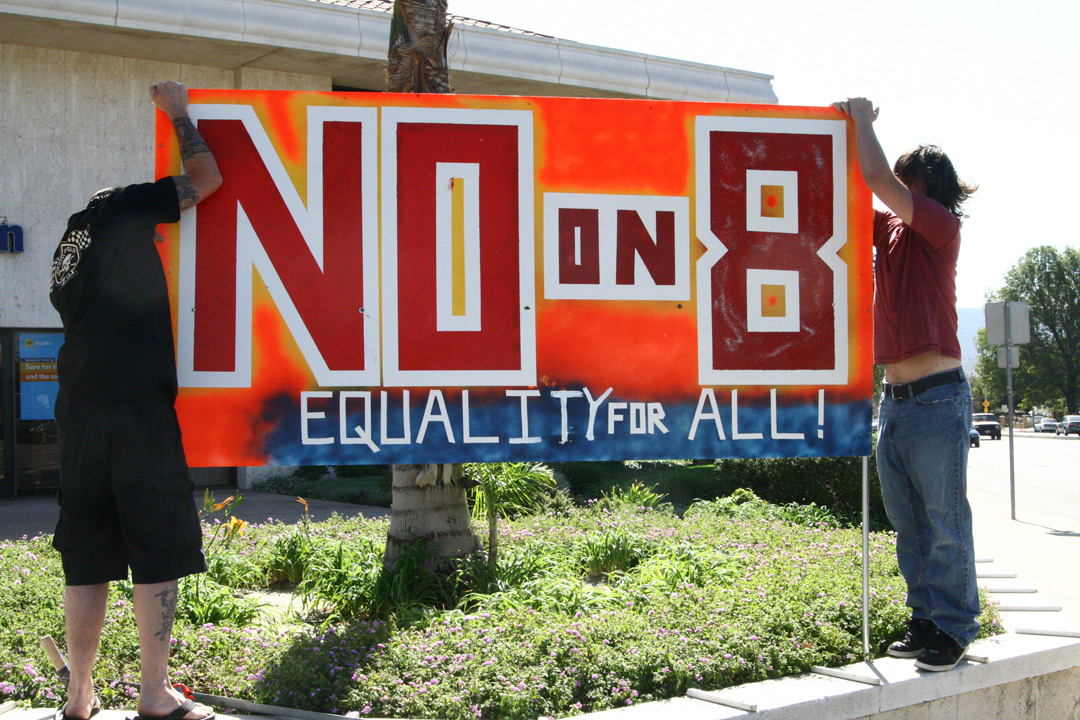 So in california a proposition came up about same sex marriage being legal in the state. I’m not gay but if two dudes want to marry each other go for it, I don’t see how its hurting anyone. and they just might hire me to take photos. the prop number was 8, and if it passes same sex couples lose the right to marry.

my town had a large mix of people for and against prop 8, the people voting yes believed they are “protecting marriage” by keeping it traditional. when it in fact has changed a lot thought out history. and to make it worse is many out of state groups helped fund for its passing and pull off many cruel tricks and even used blackmail.

here are my photos I got from the rally that day