So I’ve been watching 30 Rock and, it’s really funny because so many things that can go wrong do on that show. I just started on Season 4 of the show and the first episode on it was called itself, Season 4, and it started off with some of the cast in this restaurant eating something called “Cheesy Blasters” and mentions something called MeatCat who flies on a skateboard. I decided to draw that and if it comes up well enough when traced on the computer (hopefully, better then this seen now) and if Tina Fey is cool with it (I have my ways) I’ll make it a shirt. 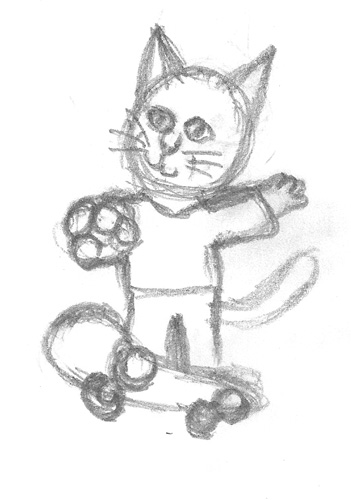