As a kid there where many things that fascinated me, for awhile it was marine life. While in 4rd or 5th grade there was something way cool we goto to for a day with my class, and that was going whale watching because around that time of year California Grey Whales were migrating. We went pretty far out into the ocean and got to see them. Thought I’ve never seen an Orca in the wild, I have while at Sea World as a kid. But I don’t think that was the first time I’ve seen one, which would be at a place in Hawaii called Sea Life Park, which I can swear I saw one there. I was born there and lived in Hawaii till I was 3, then went back a few times on vacation but the last time I might have been 10.

But I’m getting away from things, I know quite a few things about whales and and much like fish they live int he water, but they are mammals. Features they all have in common with each other they you never seen in any fish is the fact whales have a blowhole on the top of their head, and one very noticeable difference is the tail. Fish tails move side to side, whales have their move up and down. Fish also have a lot more fins. All the traits you see in orca, are exactly what you see in other whales, not fish. How do people get tricked into believing such stuff? 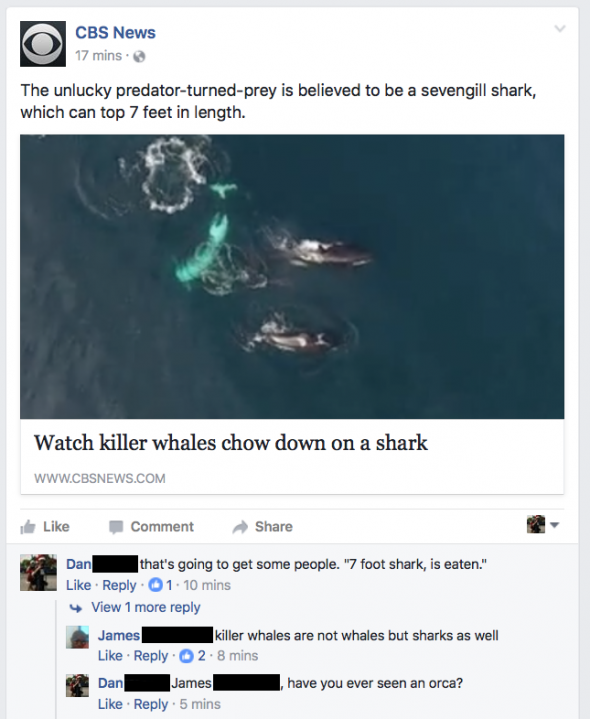