Just hanging with some people I know down in Fullerton, and we found this made to scale chart of the solar system. one of them decided to say she was the sun, the other two ran around orbiting her acting as planets, at first I got a few stills and this was the one that stood out most. 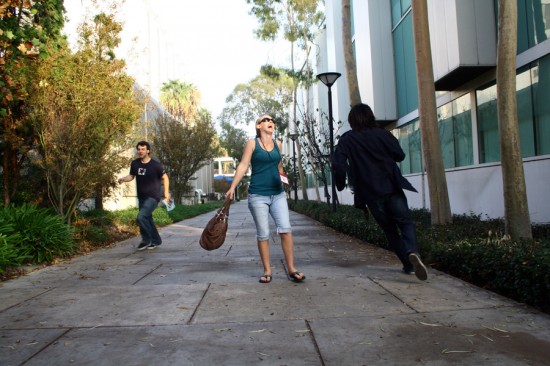