So a few days ago people complained about something else stupid. I just think it’s strange that things we have seen in Bugs Bunny cartoons, Pokémon, and Disney shows like Chip ‘n Dale Rescue Rangers no one seems to care about, but when it comes to live action everyone panics? Also if you noticed I also put in a couple of shots from the movie Shakespeare in Love which I always remembered seeing that very clip in commercials for it around when it came out in theaters. Now I don’t plan on seeing the play Kinky Boots, even if it comes to LA because I really don’t care for musicals but I’m not going to stop anyone from going to see it if they want to. 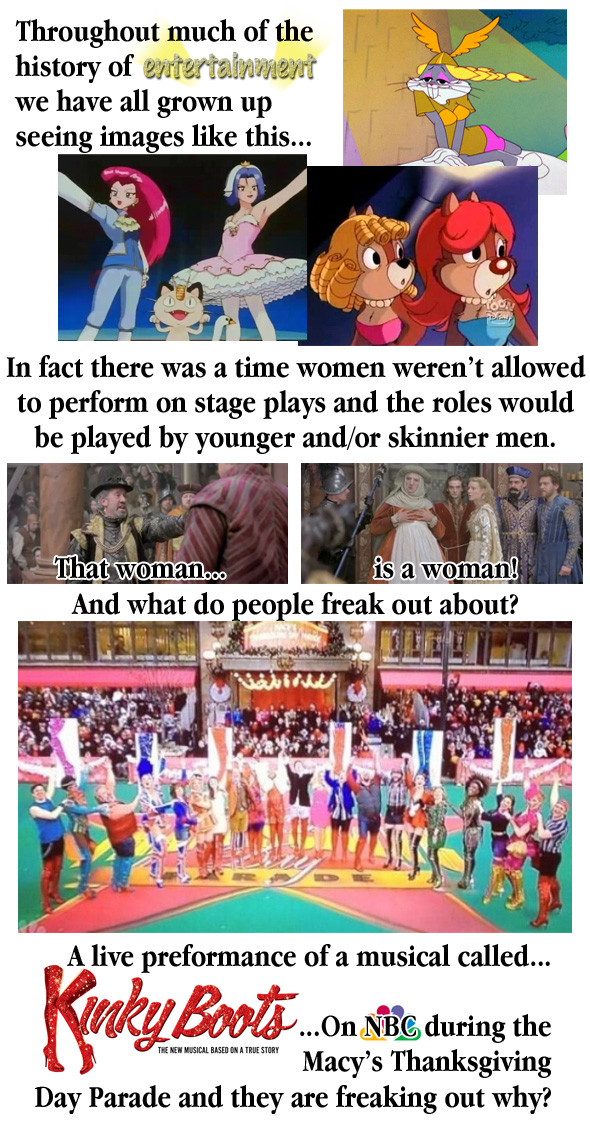 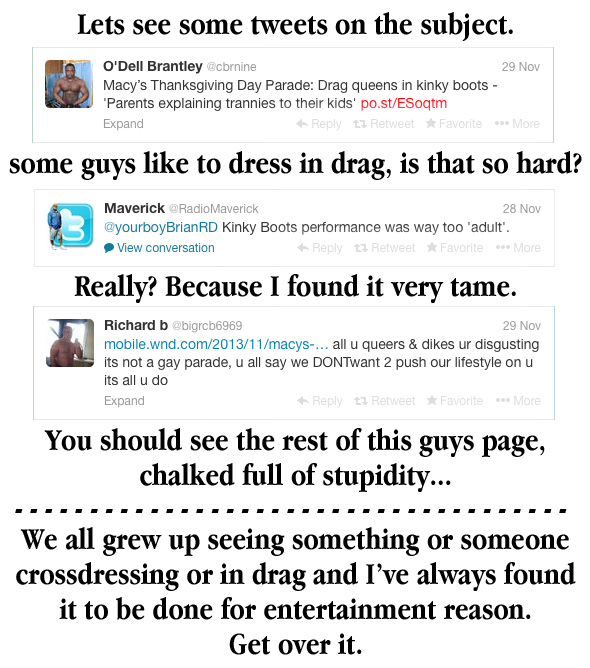