Irony: a monkey dressed up as one of the Knights Templar. We all know most fundamentalist Christians believe the idea of evolution blasphemy, and the idea we were once monkeys drives them crazy right? To make it better, it’s meant to be a baboon.

After I drew it out I saw the head should be moved a little to the left but really didn’t want to erase anything. Then after I scanned it saw how the hand holding the sword is kind of messed up, and left side of the tabard isn’t right either. HA! oh well, we all make mistakes. 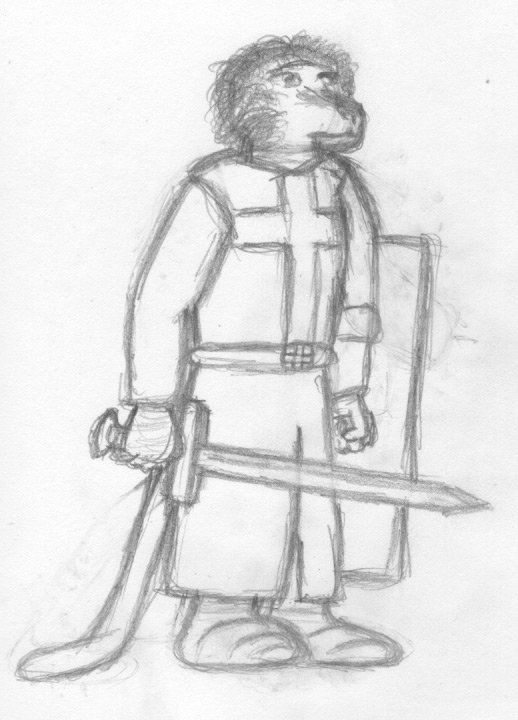