So while at Comikaze last weekend, I noticed a familiar face who also very much remembered me from Comic Con ’09. Didn’t know I could be so memorable after 3 years from first meeting someone. Voice actor Dino Andrade, meeting with fans, signing stuff, and taking photos with them. But when I saw him at Comic Con before he was promoting his site SoulGeek which is a dating site for more nerd like people, and if you ask me thats a good idea. Any who, one of the things he was telling me about is he’s done some voice overs for some characters in the game World of Warcraft like the Gnome racial leader High Tinker Gelbin Mekkatorque. So then I was telling him about how I’m doing some experimentation in Photoshop with 3D models, and how I’ve figure out a way to export Warcraft models in a format I can open up in photoshop which in turn has some 3D tools to use in the program itself and wanted to see if I can pull this off. Take a photo of him and add Mekkatorque in almost as if they are in the photo together. I know, strange but it’s something neat to play around with. Still a lot to figure out with the 3D stuff, more so wonder how some of the polys look so hard edged on the face. Also need to figure out the alpha problem. 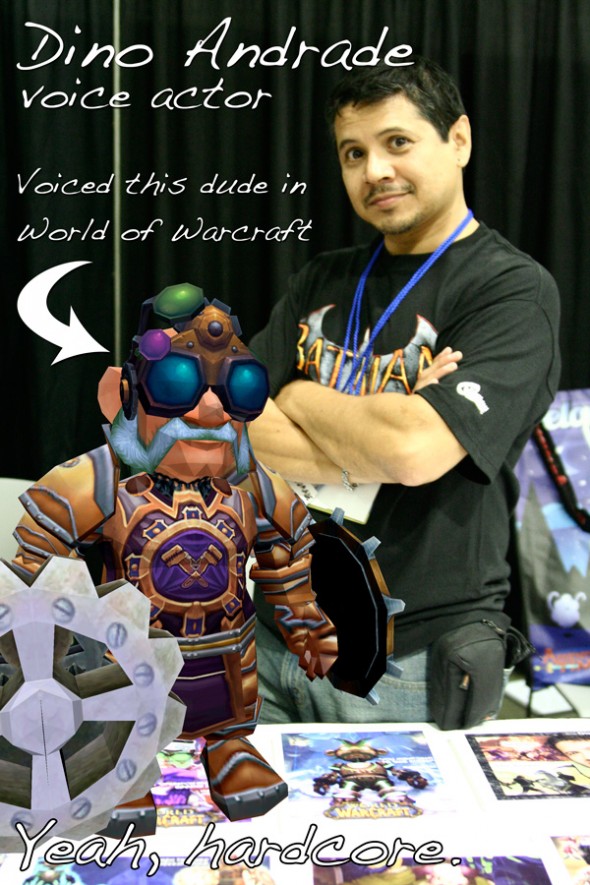