So on the site Deviantart, they had a contest for the movie Scott Pilgrim vs. the World which I HAVE YET TO SEE, ugh, but I will. The idea behind it is to create an 8th evil ex and create them in anyway you can think of. so I used my photoshop skills without surprise.

the powers behind this guy? generates anti-matter. wasn’t sure what it would look like so I just made purple flames just to get some from of a type of energy blast to itself project as. i don’t know, the idea works for me so i went with it. 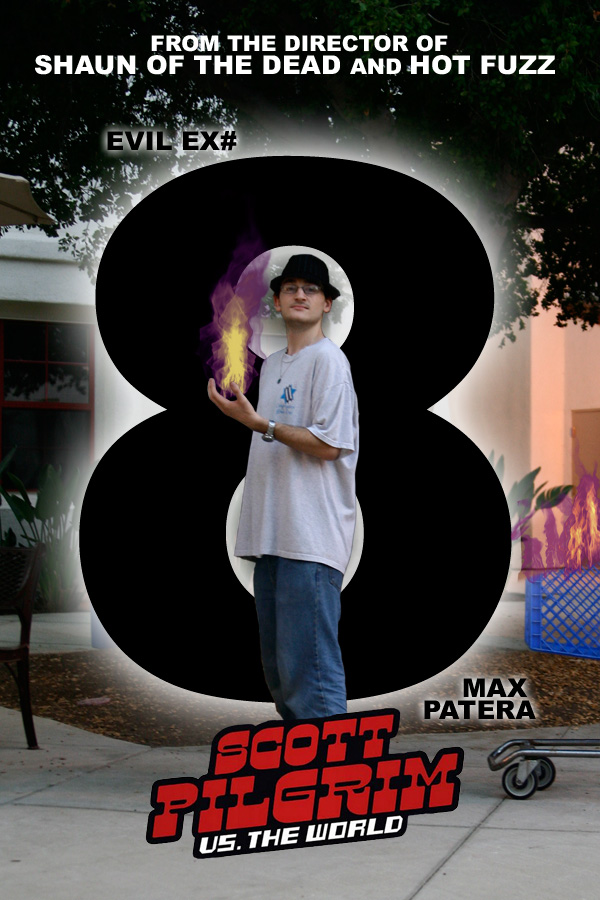