so, like, yeah. much like the nerubians in warcraft, I saw the harpies in the game and wanted to do something with that. but this drawing I worked on before, the idea was to mix angel and tropical birds. the reason for that is there is a species of bird called the Harpy Eagle which lives in rain forest in south and central america. most tropical birds are colorful so I felt it was fitting 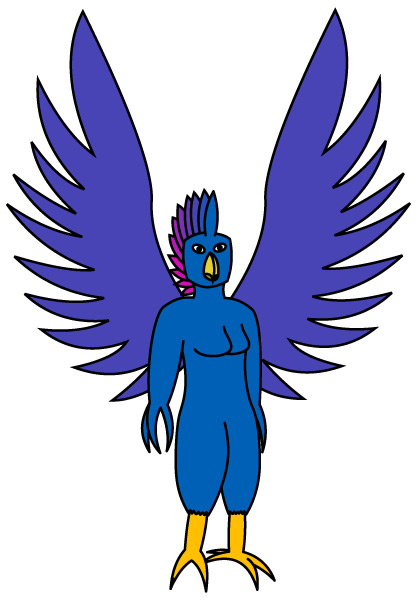