Tory Christman has been a long time critic of scientology after she had left from being in for 30 years. umm, I think it would be better to read her story on her wikipedia page because it would describe everything a lot better then I could.

but anywho, during one of the protests awhile ago she asked if someone can photoshop her coming out of the volcano because of all the former scientologist there at the moment she was the only one made it to OT3 and read the xenu story when she was ready. so i did and printed a copy for her the next time i saw her after this. 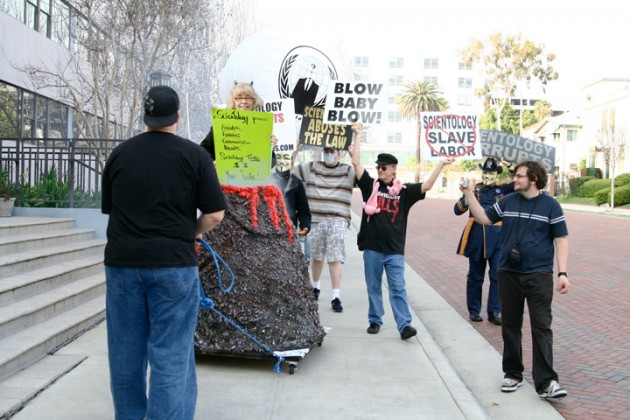