post, by another protester on our secret message board

There was some interesting moments with balloons. A few of us had prepared white balloons with short messages on them (XENU, DM = SP, etc.) and took them down to the HGB. We tied them around parking meters and handles of power boxes. Not too soon later, Patty comes over and snips several of the balloon lines with scissors.

Then we get word that our old pal John Glass is back at longsign, so an anon takes the bunch of balloons we have left and ties them around his arm. As soon as we get there, however, Patty is ready with her scissors again, and actually cuts the balloons loose while he’s holding them. Now, they get stuck on a pole sticking out from longsign-building’s fire escape. A few minutes later, some scilons go out to the fire escape and free the balloons with another pole.

Later on in the evening, anti is holding the remaining balloon while talking with pedestrians about the cult, when anti-foot-bigotry “Buddy” Richardson comes along and pops anti’s balloon with his cigarette. 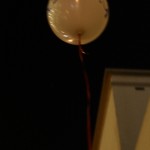 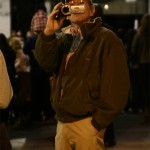 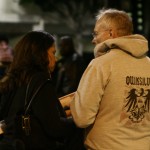 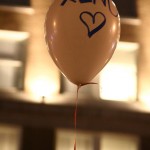 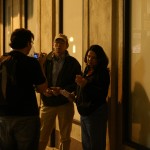 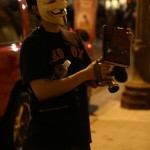 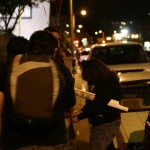 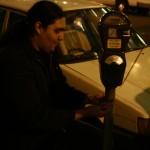 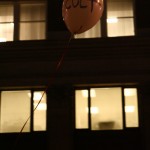 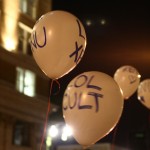 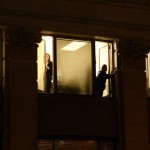 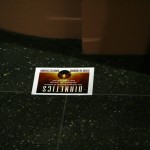 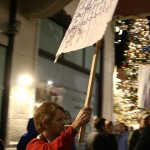 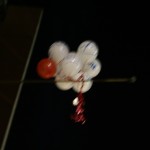 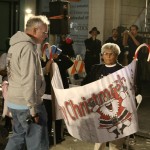 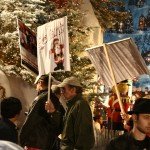 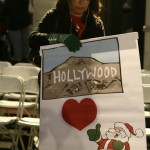 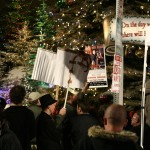 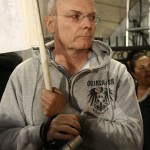 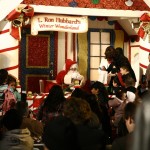