Every year on the anniversary of the war in iraq, 1,000’s of people come out in protest the war in hollywood. Yes a lot of things go on in hollywood, the reason I think is it’s a lot harder to get something going on in Downtown LA, and I think its easier to get there. something that kind of bothered me was mainly the fact how militant hippies can be, lot of claims about how our now president isn’t doing anything to stop the war which I believe he is trying. and was also bothered some was people trying to spread out there own causes and strange conspiracies. 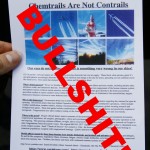 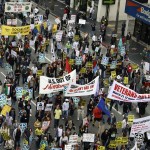