not much in photos, but its what I have. found myself talking to some scientologist most of the time. here is some of what I was talking about.

alright, i got there a little late and then found AO. he had a few scientologist call him a thief because he had some balloons on him. I can confirm he did not steal them, some other guy had them and he asked if he can buy them. really not sure why he wanted them but not sure if he really bought them or the guy just gave them to him.

then found myself talking to a few scientologist for a good while, mostly with shakey hands. I still don’t know his real name. they told me about a lot of other special interest groups like the drug companies, FBI, and CIA. I did tell them “you know one company that you accuse of making mind altering drugs? Pfizer? they also make viagra.”

CIA, isn’t that an spy agency? mainly about getting info. and FBI, federal law enforcement, I think it’s funny how everyone that complains about the FBI are those that think they are above the law. I know they did some ass kicking to the KKK back during the civil rights moment, and arrested those Hutaree nut jobs that plotted to kill police officers. scientology’s justification has always been “they were told lies about us, those people were all suppressive,” or “they planted evidence” which is it? It’s sad how every origination that gets in trouble for illegal activities believe to can do so because they feel they are above everyone else.

no scientology, you guys fucked up, and did the crap you did for selfish reasons. remember, an FBI agent is also responsible for taking down the Nixon Administration, these people are just doing there jobs. which comes to something else, something they told me about is how they are just there trying to help people, I noted to them that cool and all, nothing wrong with that. but, I believe they are “helping” for all the wrong reasons, only just to spread scientology.

Also I was told they have taken far meaner opponents, like the US government, no really, accusing them of being an enemy because of the “lies” they were told. I told them how funny that is because of how they make an effort to get in good graces with elected official and such, just like Jim Jones did. then they go on and say they are nothing like peoples temple…

I get asked why I harass them, I ask about what they did to a list of people (mark, tory, barb, etc.) and CAN was on that list. they claim “oh, it started off for noble reasons then started attacking religion all together.” I remember being told by another it was started by psychotic criminals, which is it? but anywho I came across info that CAN was in fact right about a number of groups, but only wrong with scientology? considering the behavior I have seen on a number of occasions, CAN was right.

they also accused psychiatry of hitler and 9/11, saying they are drugging everyone to create chaos in the world… Hitler was a man that truly believed the jews and anyone else not fitting were all evil, thats what he really believed. and with islamic extremist, you know why they have suicide bombers? you do know these groups pay their family a crap load of money if they do that right? also they are told they will be martyrs and get 72 virgins. also told me about bin laden being drugged by his psychiatrist, Zawahiri, the guys a surgeon.

I also talked about disconnection to some of the scientologist and told them about the CNN interview Tommy Davis did 2 years ago saying there is no disconnection at all, but we also have audio from Larry Anderson telling him everyone will have to do just that with him if he leaves. Told me he doesn’t even know who tommy davis is, anyone find that hard to believe?

talked about Epic Sword Guy some, in fact we joked about him a little to. I also told them I felt the security dude was in his right by shooting him (I still see it as self defense) but they also found it hard to believe he was a scientologist and that he was in fact part of a case against a UCLA professor back in the 90’s. He even had Moxon for his lawyer.

told them a number of things about how hubbard was proven to be a liar, and that if he lied about his achievements of being a doctor, war hero, educator and such, what makes you think he was telling the truth about anything else?

also shown them my copy of the order to make the bomb threats for freakout, and I believe the hand written part might be from hubbard himself. they found it hard to believe and I let them know I think the threats “we made” were from them just trying to pull off some old tricks again. 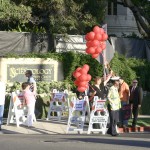 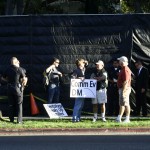 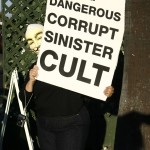 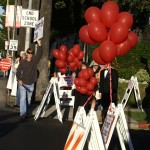 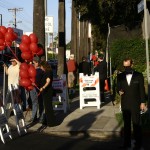 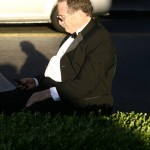 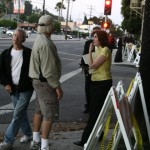 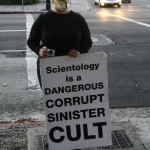 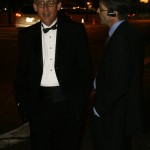 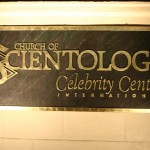 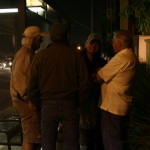 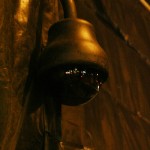 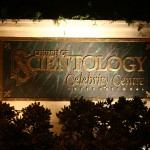